c35 steel rod is a medium Carbon steel alloy. This grade is the most widely used medium carbon steel alloy for machinery parts. One of the benefits of using alloy C35 is its excellent forgeability or ease in forging. Special variants of the alloy could be made available for cold drawing. 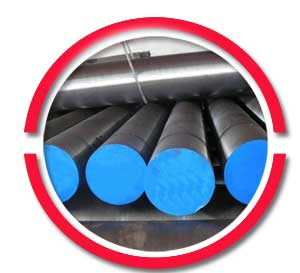 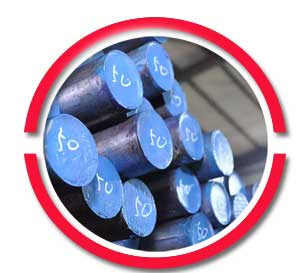 Due to a higher content of carbon in the alloy of C35 Carbon Steel Round Bar would require both a preheating and post heating operation to be performed in order to carry out welding. Usually, a c35 material manufacturer will supply this alloy in either a black hot rolled or a normalized condition, unless any other condition has been specified by the purchaser.  A broader range of mechanical properties could be achieved by quenching and tempering the alloy.

Speaking of its mechanical properties, the Brinell hardness of the alloy ranges between 170 and 210, whereas the tensile strength of carbon steel c35 equivalent falls between the range of 570 MPa – 700 MPa. This steel grade not only exhibits good machinability and good weldability, but the C35 Carbon Steel Rods also demonstrates high strength and impact properties. These properties can be noticed both in a normalized condition as well as a hot rolled condition. The steel C35 Round Bar has a low through-hardening ability with only sections that have a  of size around 60 mm being recommended as suitable for processing by tempering and through-hardening.

However, the c35 steel bar can be efficiently be hardened by flame or induction in a normalized condition or hot rolled condition. In either of the aforementioned conditions, it is possible to obtain a surface hardness value in the range of Rc 54 – Rc 60. However, this is based on factors such as type of set up, section size, quenching medium used etc.

Equivalent grades of C35 round bars:
C35 Round Bar Other properties (typical values)

Our Size Range Of C35 Round Steel Bars:

buy directly from c35 material manufacturer, One of the biggest C35 Carbon Steel Round Bar exporter

view c35 steel rod Dimensions, Held wide stock of Din 1.0501 Round bar at our stockyard, get a live quote now

Grades We Manufacture in addition to C35 Round Bars: